Telco was founded in 1953 by people who worked for the local telephone company, hence the name Telco. That club prospered for a long time, but eventually the owners retired and put the facility up for sale.

In 1986, a group of local sportsmen pooled their money and purchased the club from the former owners. This infusion of new blood gave the club a new lease on life and with hard work and enthusiasm the club began to look and feel better than ever. A plaque commemorating the 33 original owners is on display in the club house.

The new owners elected a nine member Board of Directors and these individuals set about improving the club to better serve members. Slowly but surely, membership increased, with every year ending with a larger membership than the previous year. This influx of new money (dues and initiation fees) enabled the board to start new construction and to purchase much needed tools and equipment.

Improvements since 1986 are numerous and include many major renovations to both range facilities and the club grounds. All ranges have roofs over both the seating and target areas. An instructional range was added for our youth program as well as CMP matches. The archery ranges have been equipped with both ground and Tree stands, all are equiped with backers for safety. Recently the clubhouse received a major remodel to add both interior space and new, clean modern rest room facilities. Most recent have been the additions to the trap area of our club. A new "Pat-Trap" was purchased and installed to allow more shooters to enjoy round of trap. This in conjunction with the trap office in the recently constructed pole barn and a new pavilion allow trap to be enjoyable evening for all.

Regular activities include Hi-power matches, M1 Garand matches, Silhouette shoots and CMP matches. We also offer a youth program to children from 10 to 18 years of age in which safety and the fundamentals of shooting are taught.

Telco now boasts a membership of over 400 primary members, with over 150 spousal and junior memberships. Even with over 400 members there is never a wait to get on a range as they are accessable via the security gate 363 days per year. New members must attend an orientation, covering club rules and safety regulations, before they will be permitted range use. Anyone interested in becomeing a member must schedule an interview to submit an application.New Jersey residents must have a valid New Jersey Firearms Identification Card and all members must join the National Rifle Association.

Telco Sportsmen's Club, Inc. is dedicated to the shooting sports and the support of the Second Amendment to the Constitution of the United States of America.
Applications are available in the clubhouse or online.

Please come out on a Monday night and visit Telco. 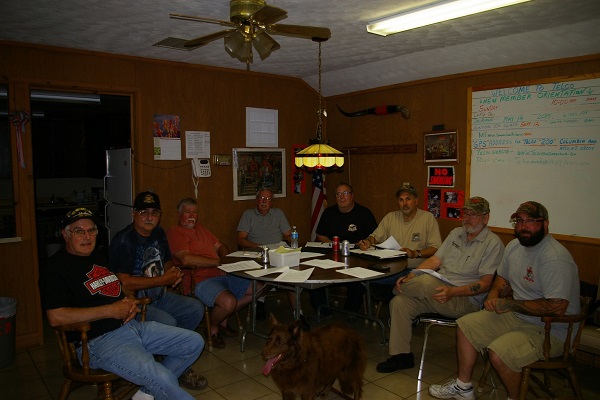